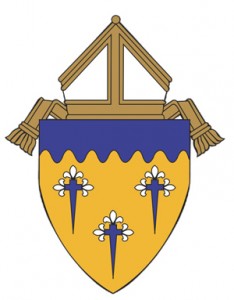 “The main thing is to keep the main thing the main thing,” Chris Hurtubise, associate director of Catholic Formation for the Diocese of Superior, said to catechists and parish leaders Sept. 21 during the second of two virtual fall workshops. He was quoting catechetical speaker Ryan O’Hara.

Generally, the Office of Catholic Formation offers a conference for parish catechetical leaders in August before the academic year starts.

In lieu of a fall five-night tour, during which Hurtubise and his director, Peggy Schoenfuss, would offer workshops by region, the summer conference was condensed into online gatherings Sept. 15 and Sept. 21.

During the workshops, Hurtubise said “the main thing” was to make disciples.

Quoting Pope St. John Paul II, he added, “The definitive aim of catechesis is not only to put people in touch (with God). Not just to share information about God, but to bring people into relationship and intimacy with God. That is the main thing.”

Hurtubise offered an introductory prayer invoking the Holy Spirit to help the participants “know Jesus better, so we can make him better known.”

The first of two presentations – which were the same on both evenings – was given by Peggy Schoenfuss, who is also superintendent of schools for the diocese.

During the August catechetical leaders’ conference, the topic was presented by Dr. John Klem, professor of Clinical Mental Health Counseling at UW-Stout in Menomonie. Schoenfuss had heard Dr. Klem speak to staff at St. Joseph’s Catholic School in Rice Lake and has since used the professor as a resource for mental health topics.

Schoenfuss started with the role of both genetics and environment in mental health.

“A healthy environment can greatly decrease mental health issues even when genetics are a factor,” she stated.

An adverse childhood experience, or ACE, was defined as “a traumatic or stressful experience before a child’s 18th birthday.” The impact of multiple and/or repeated adverse experiences during childhood is dynamic and complex.

Schoenfuss noted the age range of children taught in diocesan schools and parish religious education programs coincides with this crucial life stage in a young person’s development.
She added statistics to highlight the importance of trauma-informed care and a basic understanding of the critical role that emotions play in a child’s behavior. The coronavirus pandemic has also increased the chances for youths to be exposed to ACEs.

One in three children deal with anxiety. One in five suffer from depression – 16 percent have considered suicide and 8 percent have attempted to take their own lives. The average occurrence of child sexual abuse is every 9 minutes.

Schoenfuss explained how emotions impact behavior, with younger children being more influenced. Protective and connective emotions were discussed, from fear, anger and surprise to happiness and sadness.

After an ACE, children can be triggered, most often without clear understanding. Their natural flight-or-fight response takes over and inhibits access to their thinking brains.

During the ongoing pandemic, parents and children are spending much more time together, without the regular routines and social interactions that school and other activities provide, plus parents have higher stress levels from trying to manage schooling and work, working from home and/or unemployment concerns.

In response to the current reality, Schoenfuss affirmed that schools and parishes need to be safe and warm environments for children, creating an environment of respect and routine and positive reinforcement.

Religious education programs were advised to start later than usual to account for the adjustment period needed for all to get used to school routines.

Addressing situations that may arise in a classroom setting, she advocated calming one’s self before handling any situation, monitoring body language, tone of voice and choice of words. If disciplinary consequences are needed, use kindness and do so privately whenever possible.
Rather than asking what is wrong with disruptive children, be attentive to what they might be dealing with and what healing they might need. Without invading privacy or crossing a line where professional help might be needed, Schoenfuss advised reaching out to each student, especially those more withdrawn, to get to know them.

“It’s not a drill,” she said, “Just share yourself, and receive” what students have to offer.

Don’t ignore COVID-19 as a potentially adverse childhood experience for students, she added.

“Take what everyone is experiencing and connect it to the faith – where is it relevant and how is it impacting their daily life,” Schoenfuss suggested, but without allowing conversations to become too polemic or political.

By creating space for students to feel understood, students’ chances for learning will improve, which contributes to “the main thing” of collaborating in the forming of disciples.

He said that in a church that has survived two millennia, “catechesis in the COVID-era hasn’t changed.” At the same time, he acknowledged new methods are needed to adapt to current circumstances.
He illustrated the desire and creativity needed, contemplating the “gorgeous image of bringing people to Jesus” found in the story recorded in Mark’s second chapter.

Recognizing “how difficult it can be,” he added, “You signed up knowing that it’s still worth it.”

Hurtubise called the current academic cycle “the year we have to go through the roof to get into the home and bring people to Jesus,” going to extraordinary lengths because “our mission is that important.”

The presenter then reviewed a chart – the Context of Catechesis – he and Schoenfuss have been developing based on ideas originally offered by the Diocese of Duluth’s Fr. Mike Schmitz.

Four stages are identified, noting that a class or group will have students in each stage.

The pre-evangelization and evangelization stages precede the person’s decision for Christ. The final two stages follow that defining moment, discipleship and apostleship.

Fleshing out each, Hurtubise summarized the process in four actions – opening, converting, maturing and serving.

During the first stage of pre-evangelization, the sense of belonging is developed, and trust is established through genuine relationship and personal testimony on the part of the teacher or leader.

Evangelization is made up of the basic proclamation of the Gospel in its fullness, and the invitation to encounter God and establish a personal relationship with Jesus, particularly through the sacraments and prayer experiences. While conversion is ongoing and lifelong, initially it leaves the door open to Christ through daily contact and life-sharing.

Equipping and renewing takes place in the third maturing, or discipleship, phase. Recipients are ready for a fuller understanding of the faith.

Being sent follows as the final stage is reached moving from maturation to apostolic service. Evangelization and social justice are ways disciples invest themselves in others through the same four-stage process.

Hurtubise then spoke on troubleshooting various virtual ministry challenges. These included feeling ill-equipped and over-screened while working with students who are often more technologically savvy but also over-screened.

“It’s all about confidence,” he stated. “You have what is essential – love for Jesus and the church. In the end, that really is all that matters. You know the mission, and you know the content.”

He advised seeking out others who do have the technological expertise and stressed keeping online instruction to a minimum, focusing more on conversation and relational ministry. A sample format was offered to include a short teaching, using a professionally and engaging prepared video, followed by conversation, questions and answers to unpack it and apply it.

Another practical tip was to keep content offered in shorter series rather than a semester-long curriculum.

The diocese has prepared a comprehensive guide for safe environment practices using these virtual means. Parental permission and involvement, transparency and specificity are all paramount as well as the physical setting and personal presentation.

Hurtubise concluded by encouraging catechists to lean into prayer and dig into their faith.

“The Gospel is worth it. Carrying out the mission of the church is worth it … your witness is more important than ever,” he said.

He asked them to be present to their people in whatever ways possible, to be patient and push through the challenges, iterating, “it is worth it.”